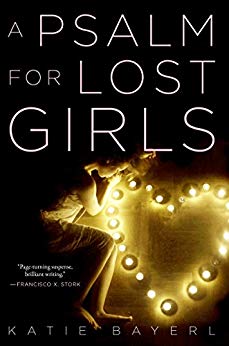 This is a complicated story told by the sister left behind after a sudden, natural death. To complicate things, Callie’s sister might have been an honest to goodness saint. The people of the small community of New Avon seem pretty convinced she was and so does Callie’s Mom. But Callie knew Tess, and Tess was no saint. While there is a growing movement to have Tess canonized, Callie and her Mom are trying to cope with the grief of losing Tess in their very different ways. Callie can’t get behind the sainthood thing and starts acting out putting herself at risk.

The story begins after Tess’s death with her diary entries showing how she feels about the visions and signs she sees. Some days she feels connected to the mystery and other days, she doubts and fears for her sanity. When the voices give information that is proven to be correct, Tess takes heart but some parts of what she hears make no sense. This part of the book is particularly well done and believable. As Tess’s fame in the community rises, a little girl goes missing but Tess herself dies before solving the crime. Enter Callie. When the little girl miraculously reappears near a shrine to Tess, Callie takes it upon herself to prove to the community that Tess has nothing to do with any of it. Her sister can’t be a saint!

This is a book that is getting solid five-star reviews and it is well-written. But. It is a book that stays firmly grounded in the material world allowing Callie to retain the memory of Tess as she knew her. By doing this, it strips away mystery and possibility. While the author did not have to confirm Tess’s mystical connection and make her a saint, it could have been hinted at in a number of ways. I’m arguing for the best of both worlds here where Callie’s firm belief in science stands alongside mystery. Instead mystery is gutted at the feet of science. The odd thing is that after reading the author’s notes at the end of the book, I’m wondering if the ending was edited to be more palatable for what’s perceived by a few to be today’s audience. It could have been a five-star book. 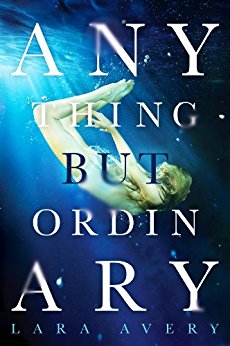 Bryce was seventeen when she stood on the diving platform five years ago during Olympic trials. The dive went horribly wrong. In the coma, time stood still. One day she miraculously awakens to a world that’s left her behind. Her parents’ marriage is on the rocks, her sister is grown up and engaging in rebellious behavior, her boyfriend engaged to her best friend. For Bryce, yesterday she was a world class Olympic athlete with everything going for her, now she’s a twenty-two-year old woman whose body is damaged and all the relationships she counted on are forever changed.

As Bryce starts to adjust to being back in her body, certain odd experiences begin to happen. Her interaction with everyday reality is altered. Colors and shapes are more vivid, some things less tangible. These were very promising glimpses that kept me reading thinking this book could be quite special. Eventually, Bryce has recall of events that occurred while she was in the coma that Newtonian science would have a hard time explaining. Toward the end of the book, she has a precognitive event. Unfortunately, these incidents are not the main thrust of the book and don’t form any kind of cohesive plot.

This book is focused on a budding romance with a medical student Bryce meets at the hospital and her building new relationships with friends and family. The problem with this for me is that the author has a structure with strong life and death themes and has side-stepped them a little too conveniently. As a result, this is one of those books that splits the readership down the middle. There are many five- star reviews for this book, but equally there are a lot of people who hate it. 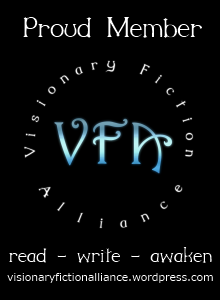